In order to be compatible with the development requirement like miniaturization, digitalization, high frequency and multiple functions, metal wires on PCBs (Printed Circuit Boards) as interconnect devices in electronic equipment not only determine the opening of current flow, but also play a role as signal transmission lines. In other words, electrical test implemented on PCBs responsible for transmitting high-frequency signals and high-speed digital signals has to confirm the on, off and shortcut of circuits on the one hand. It also should determine that characteristic impedance must never go beyond regulated range on the other hand. One word, a circuit board will never achieve conformance to requirement unless both requirements are met.

With high characteristic impedance, surface microstrip has been widely applied in PCB fabrication. A signal plane is set to be outer layer controlling impedance and insulating material used to separate the signal plane and its adjacent datum plane, which can be clearly seen in the image below.

Characteristic impedance can be figured out through formula:

Dielectric Constant and Its Effects

Dielectric constant of material is measured by material manufacturers when frequency falls under 1MHz. Even the same type of material may differ from each other when they are produced by different manufacturers owing to different resin content. Take epoxy glass cloth as an example. Relationship between dielectric constant of epoxy glass cloth and frequency can be summarized into the following figure. 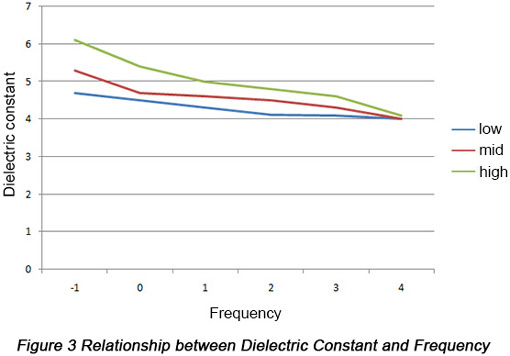 Width and Thickness of Traces 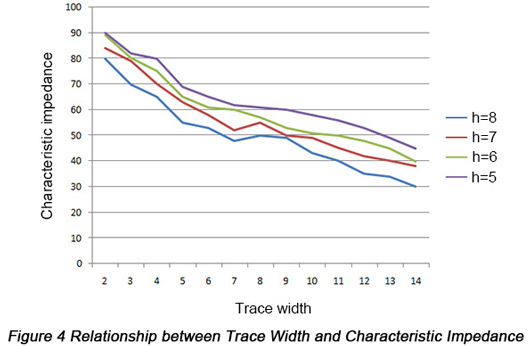 
Trace thickness also needs to be determined according to required current capacity and allowable temperature rise. In manufacturing, coating thickness is generally 25μm in average. Trace thickness is equal to sum of copper foil thickness plus coating thickness. It should be noted that trace surface must be cleaned up prior to electroplating so that contaminant can be eliminated. Otherwise, trace thickness will possibly suffer from unevenness, which then affects characteristic impedance. 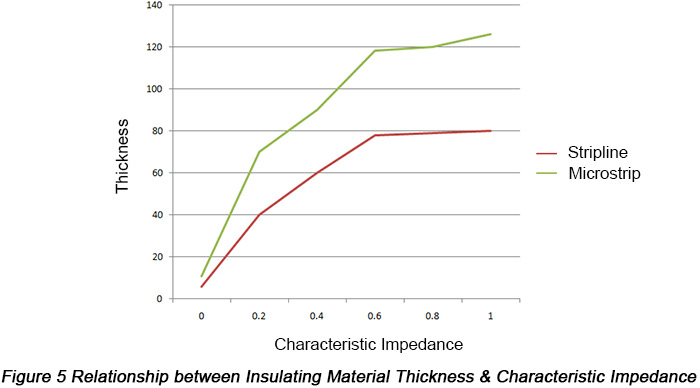 From this figure, it can be indicated that as thickness rises by 0.025mm, characteristic impedance will be changed by 5 to 8ohm. However, in PCB manufacturing process, huge change will possibly be caused by a change of each laminate thickness. As a matter of fact, prepreg with different types is selected as insulating material in manufacturing and thickness can be determined by the number of prepreg. Take microstrip as an example. Figure 3 can be used to determine dielectric constant of insulating material based on corresponding working frequency, after which characteristic impedance can be figured out. Afterwards, in accordance with trace width and calculated value of characteristic impedance, Figure 4 can be used to figure out thickness of insulating material, based on which type and count of prepreg can be deduced based on the thcikness of CCL and copper foil.


PCBCart is capable of manufacturing printed circuit boards with impedance tolerance controlled in the range of ±5% - ±10%. Want to know how much it cost to bring your custom design into real boards? Use our online PCB price calculator to get your PCB price within seconds.