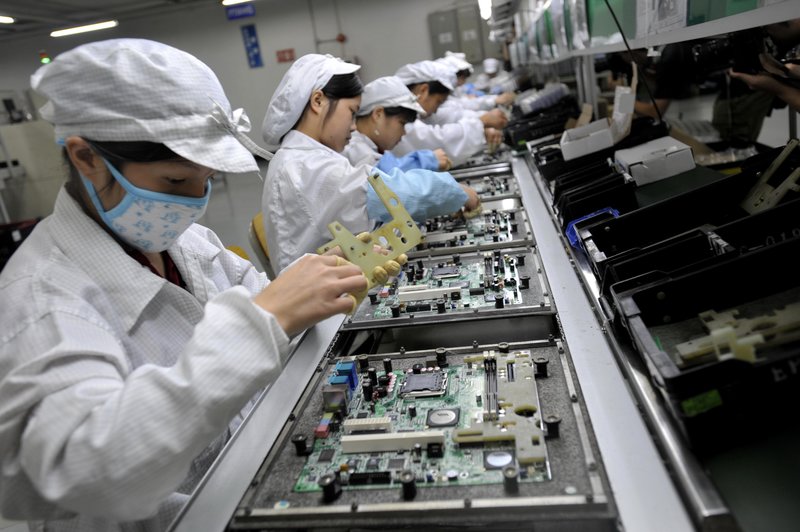 Why Manufacturing in China?

First, China is rich in resources supporting smooth electronics manufacturing. Thanks to a large domestic demand, relatively low labor cost and comprehensive supporting industries, China has become one of the largest countries providing electronics manufacturing services. Specifically, China has become No. 1 among countries around the globe providing electronic manufacturing in that its PCB (Printed Circuit Board) manufacturing has surpassed Japan since 2006. Up to now, PCB industries rooted in China have covered approximately 50% of international business so that China has become the largest supply base of PCBs and PCBAs (Printed Circuit Board Assemblies). Moreover, traditional single/double-sided PCB boards and multilayer PCB boards are accounting for a decreasing proportion while high-tech and high-added-value PCBs are seeing a rising proportion such as HDI PCBs, Thick Copper PCBs etc. Such result isn't awarded by heaven but naturally selected.


Second, China features such steady political, economic and natural environment that there's no need to worry about product security, unpredictably prolonged delivery time or endlessly vacant expectation all of which are significant for electronic manufacturers. As one of the leading countries with economic impetus for vitality and energy, China has been focusing on the constant development of the nation and people in all aspects.


Third, China strives for gradual scientific progress with resolution to convert from "Made in China" to "Created in China". The truth can never be eliminated that China develops as a maker or copier. But if you still stick to that impression today, you'll be laughed at. China has ranked among top groups in electronics manufacturing industry. For example, some companies have achieved high level on top techniques such as Flex PCBs and Flex-rigid PCBs. Along with constant upgrading of PCB fabrication technologies, China has been witnessing a product structure going through steady optimization. Furthermore, a series of newly-established strategic industries have been set up including AI, big data and cloud computing all of which belong to high-level manufacturing domain based on product technology and manufacturing requirement.


Fourth, as early as opening policy was implemented in China more than 30 years ago, China began playing such an active role in the stage of international trade that full-scale exportation promotions have been carried out. Just as President Xi Jinping once said that China suffered from the pain deriving from seclusion, China has been actively striving for opening and reform policies and playing an increasingly enormous role in international trade stage such as G20, APEC etc. Belt and Road Initiative especially has expanded China's international trade scope by connecting history and modern era.

How to Make the Best of China's Electronics Manufacturing Resources?

In spite of listed merits of electronics manufacturing in China, you should keep following rules in mind to avoid "hidden traps" set by irresponsible manufacturers.


China stood out due to low prices primarily deriving from low labor cost, low raw material and mass production scale. Nevertheless, this isn't so today. Those elements mentioned above leading to low cost are no longer being held by China as Chinese government has been trying to break away from the name of resource-oriented country. The indispensible developing road is sure to be just a transition period to win development by sacrificing their natural resources. Thus, multiple limitations have been set to electronic manufacturers, especially in terms of environmental protection. Now that resources can't be freely used, the final cost will thereafter rise.


As a result, it's becoming increasingly difficult to find an electronic manufacturer rooted in China that can provide products with equivalently low cost as before. Furthermore, low prices usually look impractical unless you're holding tightly products totally compatible with your requirement. In a word, it's unrealistic to go for sheer low prices, even if in China.


Rule#2: Open door policy is one of the key aspects to testify the reliability of an electronics manufacturer


To ensure the authenticity and reliability of an electronics manufacturer or assembler rooted in China, it's highly-efficient and greatly necessary to pay a visit to capture your own conclusion. After all, there are so many electronics manufacturers in China and some so-called manufacturers are also available that are in fact middlemen. They claim to be manufacturers and are crazy about quotations. But the truth isn't as what they describe. They receive your quotation requirement first and then contact with numerous manufacturing factories in order to pick up the optimal one they regard. During this process, what they only concern is low cost and they take product quality for granted. Nevertheless, even the low cost has nothing to do with yours since middlemen have to gain the majority of benefit. At least, product quality and delivery time can NEVER be guaranteed.


Those companies with their own electronics manufacturing workshops go over a different way. They keep everything tightly in control and they are capable of providing certain replies to you. Moreover, those electronics manufacturers are willing to welcome customers to pay a visit to their companies or factories because they can't wait letting their customers be aware of their reliability.


Differences between electronics manufacturers and middlemen lead to their different attitudes to their customers' visit. The former naturally welcome their customers while the latter possibly refuse customers' visit demand by providing some reasons, which can be therefore one of the most important elements to evaluate the authenticity and reliability of an electronics manufacturer.


Rule#3: It's of much necessity to sign NDA with your cooperative electronic manufacturer


Rule#4: A tip to save cost: to select freight collect


Based on my experience, it's extremely difficult to find out an electronic manufacturer who can provide free freight service. Even though such free service is provided, in accordance with the analysis in terms of current cost situation in China, do you think it accessible to simultaneously obtain high quality and free freight fee? I don't think so.

PCBCart has been manufacturing PCBs for worldwide companies for over ten years . We are capable of providing quickturn PCB prototype, full feature PCB fabricaiton, components sourcing and electronics assembly services all under one roof. If you are having PCB production demands and interested in getting more details, please check following pages:
• Full Feature PCB Manufacturing Capabilities Meeting All Your PCB Fabrication Requirements
• Advanced PCB Assembly Service With Many Value-added Options
• Components Souring Service - NO Fake Components!
• PCBCart's Advantages over other PCB Manufacturers - Why should you chose PCBCart?

Previous articleComparison of AOI, ICT and AXI and When to Use Them during PCB SMT Assembly