Printed Circuit Board Assembly (PCBA) allows for tight bonding between bare PCBs and electronic components so that corresponding electrical functions will be fully implemented to finally contribute its own role to the reliable performance of electronic products it'll work in.


Up to now, two assembly types are prevalent in electronics manufacturing: through-hole technology (THT) and surface mount technology (SMT). They have been widely applied in PCBA process with their own advantages or skilled fields. Selection on SMT or THT plays an essential role in manufacturing efficiency and cost and their usage is directly associated with PCB component packages, so it's of much significance to be aware of their comparison and their application conditions.


Through-hole assembly refers to the process that through-hole components are soldered onto bare board by wave soldering or hand soldering with component leads going through drilled holes of PCB boards. 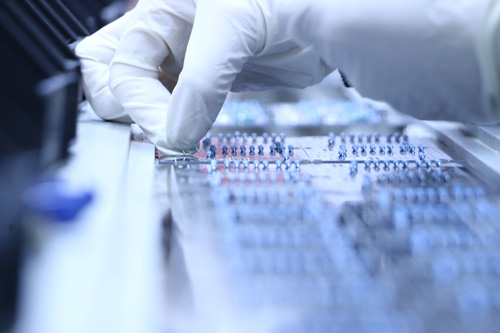 
Through-hole components (THCs) are suitable for high-reliability products calling for stronger bonding between layers because they are able to withstand higher environmental stress with their leads going through board holes, which is the main reason that THT has been widely applied in military and aerospace products that may suffer from extreme acceleration, collision or high temperature. Furthermore, through-hole technology is also embraced by testing and prototype that sometimes call for manual adjustment and replacement. 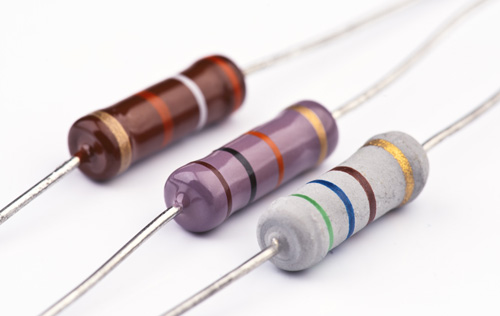 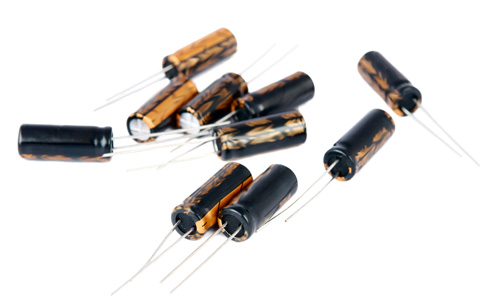 
• Advantages and Disadvantages of Through-hole Assembly


Through-hole mounting indicates stronger mechanical bonding and applicable for products that are ready to suffer from mechanical stress. Plus, through-hole assembly is easy for manual adjustment and replacement and widely accepted by testing and prototyping.


Because through-hole component leads go through holes on board that are time-consuming and lead to higher cost. Through-hole mounting also limits routing space of multilayer PCBs since drilled holes have to cover all layers of the board.


When it comes to soldering of through-hole mounting, wave soldering or hand soldering is relied on so that both reliability and repeatability will be challenged with manufacturing efficiency reduced as well. 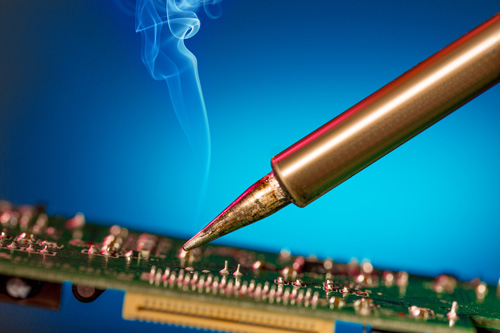 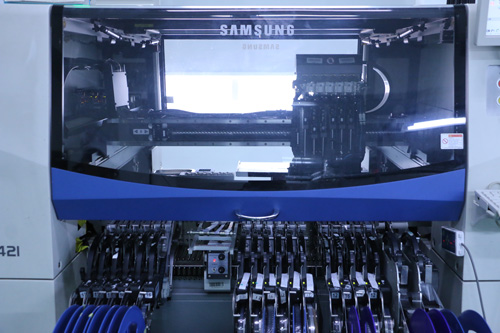 
Developed as early as 1960s, surface mount technology has been popular since 1980s. Up to now, it can be concluded that majority of electronic products are assembled through the application of SMT. Components accessible to SMT are smaller in size and they can be mounted on both sides of a board so surface mount assembly performs better on high-density and miniaturized products. Additionally, low weight and miniaturization are two leading trends of future electronic products. Thus, SMT will be increasingly more accepted by the industry.


Surface mount devices cover such wide classifications that it's almost impossible to list them one by one. However, it's not a tough job to summarize their characteristics that will give you better understanding of surface mount assembly:
a.Shorter leads. Different from through-hole components with leads, surface mount components or devices carry shorter leads, leading to stronger electrical connection.
b.Smaller sizes. SMDs are much smaller than through-hole components and some of them are even too small to be seen by naked eyes, such as package 01005. Smaller sizes of SMDs result in more space saving on bare board.
c.Higher reliability. SMDs depend on solder balls below to capture better bonding capability and reflow soldering makes them tightly soldered on board, dramatically improving reliability and repeatability.


SMT is more accessible to smaller PCB sizes, higher-density components and more board surface area saving. Due to un-necessity of drilled holes, SMT provides lower cost but shorter manufacturing time. In the process of PCBA, SMT mounting speed can reach thousands or even tens of thousands of chips per hour while through-hole mounting fewer than one thousand chips. Furthermore, solder joints through reflow oven feature higher reliability and repeatability and it has been testified that SMT performs more solidly when vibration takes place.


However, once components susceptible to mechanical stress are assembled by SMT, its reliability may be reduced.

In accordance with the introduction listed above, it can be concluded that surface mount assembly performs more efficiently and more cost-effective than through-hole assembly. Modern electronics have witnessed the application of SMT in majority of electronic products. When special mechanical, electrical and thermal performance is taken into first considerations, nevertheless, through-hole mounting still matters.


Although science and technology have been making consistent progress at any time and newer products will definitely get old ones replaced, it doesn't mean that traditional technologies have to be totally eliminated. For example, multi-layer PCBs are more advancing and complex than single-layer PCBs, but would you like to take advantage of multi-layer PCBs in a clock or an easy toy? The answer will be definitely NO. Merits of some old schools can still be the main reason for them to play a role in the future.

Through-Hole Assembly and Surface Mount Assembly, PCBCart Covers Them All

Next articleComparison of AOI, ICT and AXI and When to Use Them during PCB SMT Assembly